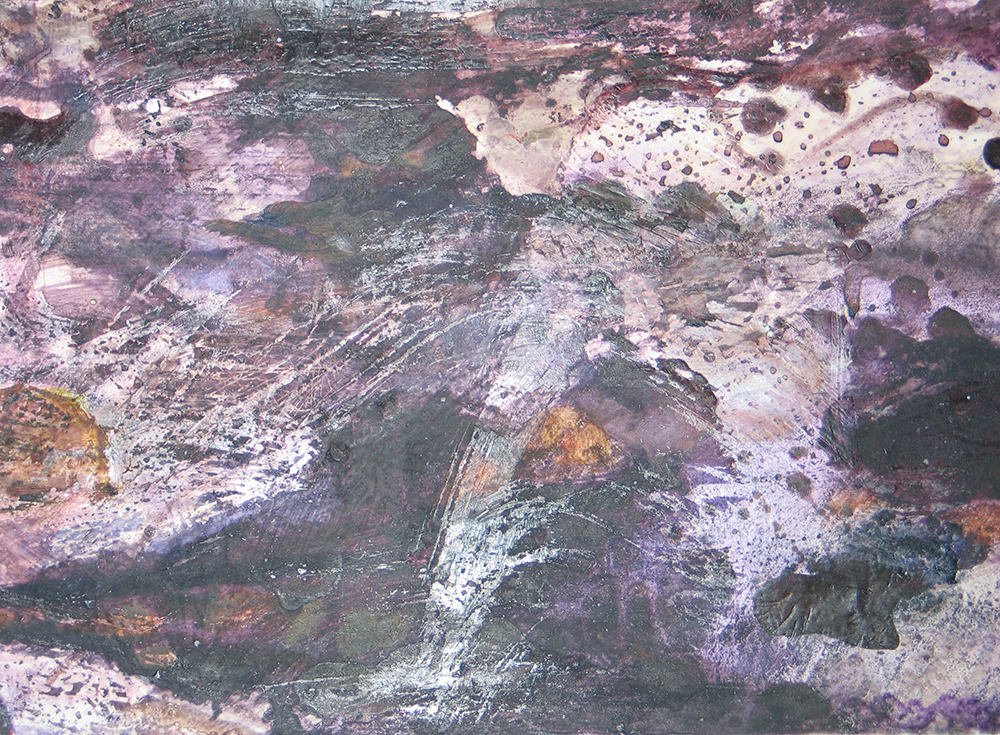 Artist’s Statement:
This series of mixed media paintings stems from a walk I took in January 2016 in freezing conditions around Ullapool. The Ullapool River had frozen over in places creating the most beautiful ice patterns. The river divides near its mouth, with the southern subsidiary branch flowing much more slowly, allowing its surface to freeze. This branch then rejoins the faster-flowing main stream creating a circular current. Ice ‘pancakes’ had formed at this point and were forced back into a meander.

I was particularly interested in looking at the different layers of the river: the stones and running water beneath the surface of the ice, the ice itself, and the stones above its surface. Using mixed media – oil pastels, acrylic paint and candlewax – I built up the suface of the work in different layers to echo the layering of the subject-matter. Pools of acrylic paint dry with jewel-like intensity and the resist quality of candlewax when over-painted adds a textural element which I find irresistable. 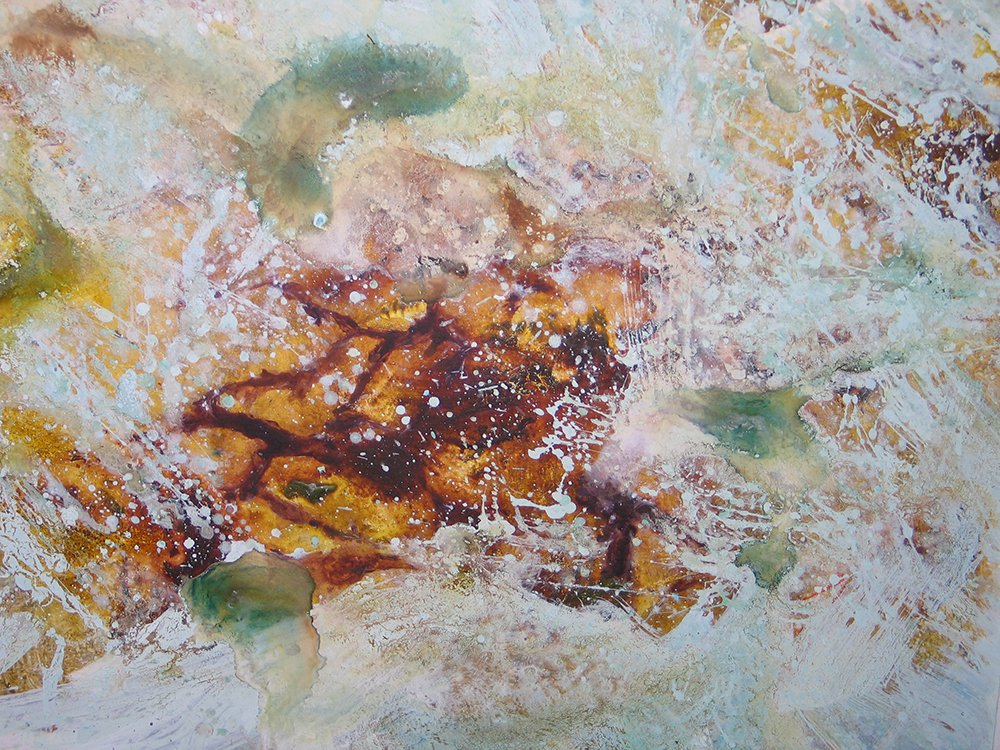 About the artist
I was brought up in Edinburgh where I received my primary and secondary education in the 1950s and 60s. Early inspiration was drawn from the teaching of Brenda Mark and exhibitions of the work of Joan Eardley. I graduated BA in English Language and Literature from Trinity College Dublin in 1968, and later pursued post-graduate studies in History of Art at Edinburgh University. After some time working at the Wiener Library and Institute of Contemporary History in London, I returned to Edinburgh in September 1972 as assistant at McNaughtan’s Bookshop. In April 1979 I purchased the bookshop, enjoying building up the art and architecture sections over the years, and creating a gallery space within the bookshop, which opened in 2010. 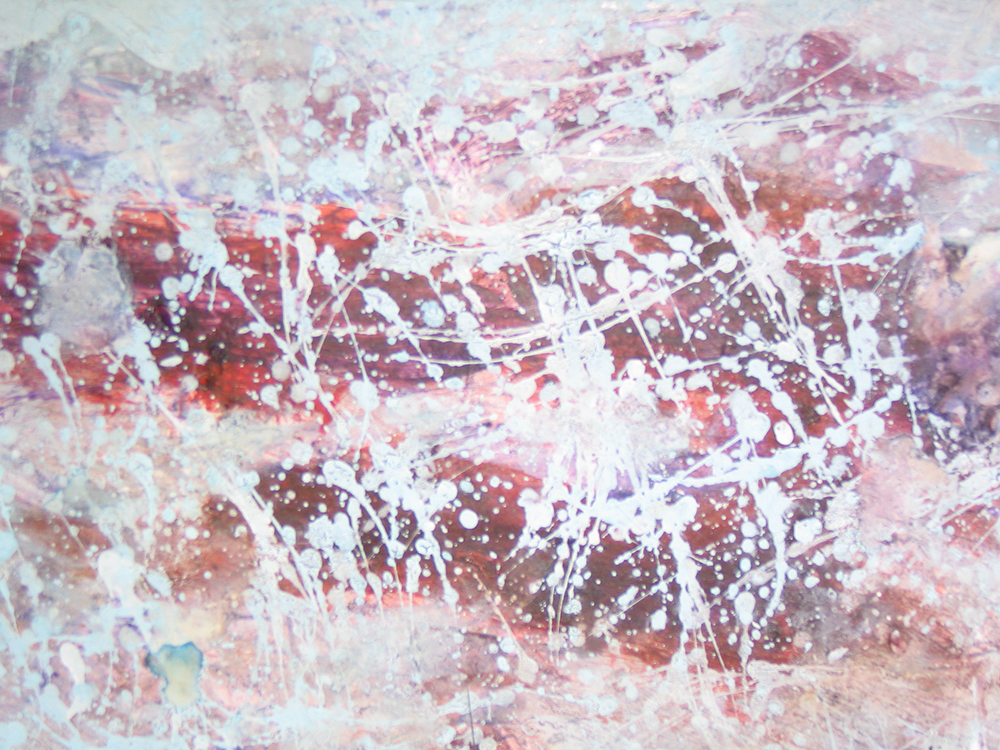 In August 2015, I sold the bookshop and gallery business in order to be able to concentrate on my art practice which I have been glad to develop more seriously over the last 20 years through courses at Leith School of Art. During this time my practice has become centred on the landscape, particularly that of NW Scotland and SW France. In the winter of 2015-16, immediately after my retirement from the book trade, I attended the Portfolio Course at Bridge House Art in Ullapool where in the final months I was absorbed in work which emerged from the fascinating ice formations on the Ullapool River.

During this exhibition, 20% of all painting sales will be donated to the St John’s Church Development Fund.