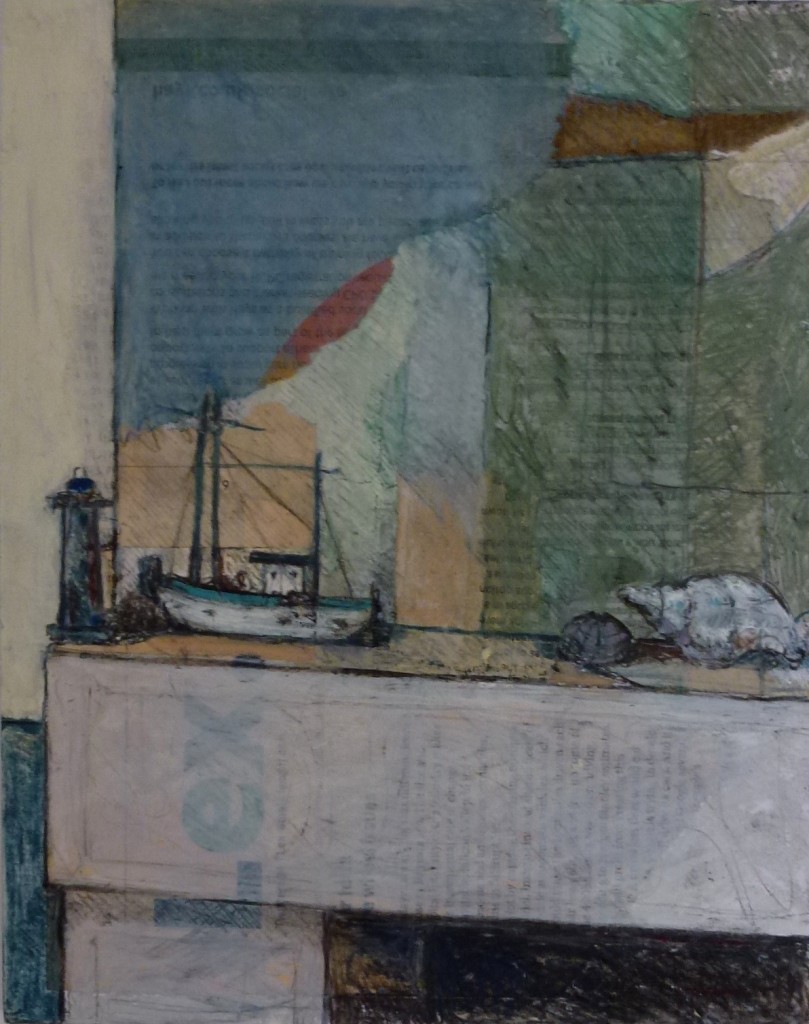 Jane Couroussopoulos studied painting, etching and engraving at City and Guilds of London Art School, and moved to Edinburgh 27 years ago. She has been teaching for Edinburgh City Council since 2002 and at Leith School of Art since 2003. This year she has taken over as a leader of the two-day drawing course at LSA. Jane has a studio space in Coburg House, where she continues to draw and paint alongside teaching. In the last three years she has concentrated almost exclusively on drawing.

About her new exhibition Jane writes:

The title refers to the small size of most of the drawings themselves, the smallness of the objects depicted in them, and their quiet significance. The shrines and churches in this body of work are born of a fascination with the way these religious structures, individual and communal, punctuate our environment.

Kandylakia is the Greek name for these roadside shrines seen along many winding roads in Greece – ostensible markers of lives lost, they also mark lives spared. Lasting memorials to lost relatives are an essential part of Greek culture and these shrines are, as far as I know, unique to Greece. 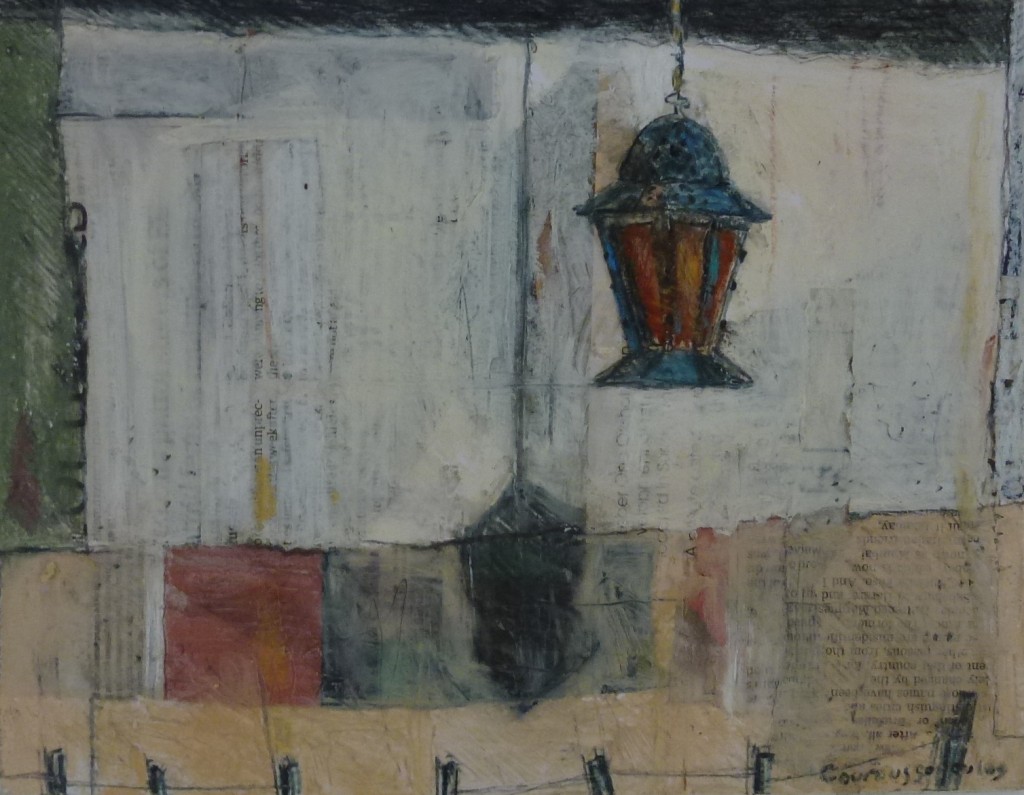 Each one, reminiscent of a tiny church, contains an unexpected mix of religious artefacts – icons, chalices, candles and incense burners, and then the debris of our throw-away culture – plastic coca-cola bottles and polystyrene tumblers that would have held oil for the lamps. These metal shrines, now rusted, paint peeling, and bent, are no longer made – garish cement and marble ones are now preferred – so the ones depicted in the drawings are mostly abandoned, the families who erected them either dead or moved away.

The still lifes have been a natural progression from the shrines – they too are small assemblages of diverse objects, some Christian, some pagan, some the materials and tools in my studio, significant to me because of how and why I came to have them. 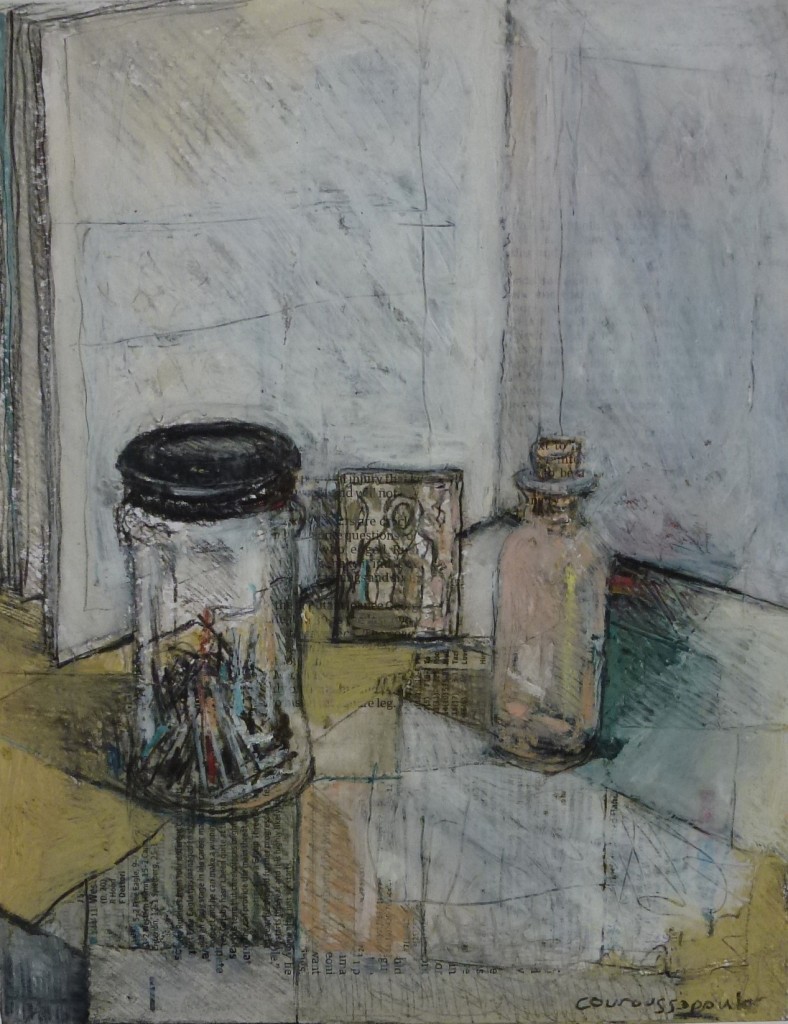 The drawings are made by starting with a random layer of newspaper that provides a surface to build on and, crucially, react to and against. The drawings are then built up with further layers of graphite, oil pastel and oil bar, and further paper, in a continual cycle of adding and obliterating. I hope that the visible process that makes up the history of each drawing from start to finish echoes the changing fortunes of the shrines and churches, and the multiple layers of meaning that the still life objects carry.

We look forward to seeing you at the exhibition!

We will be closed until at least 2nd February 2021

Website remains open for online orders during this time