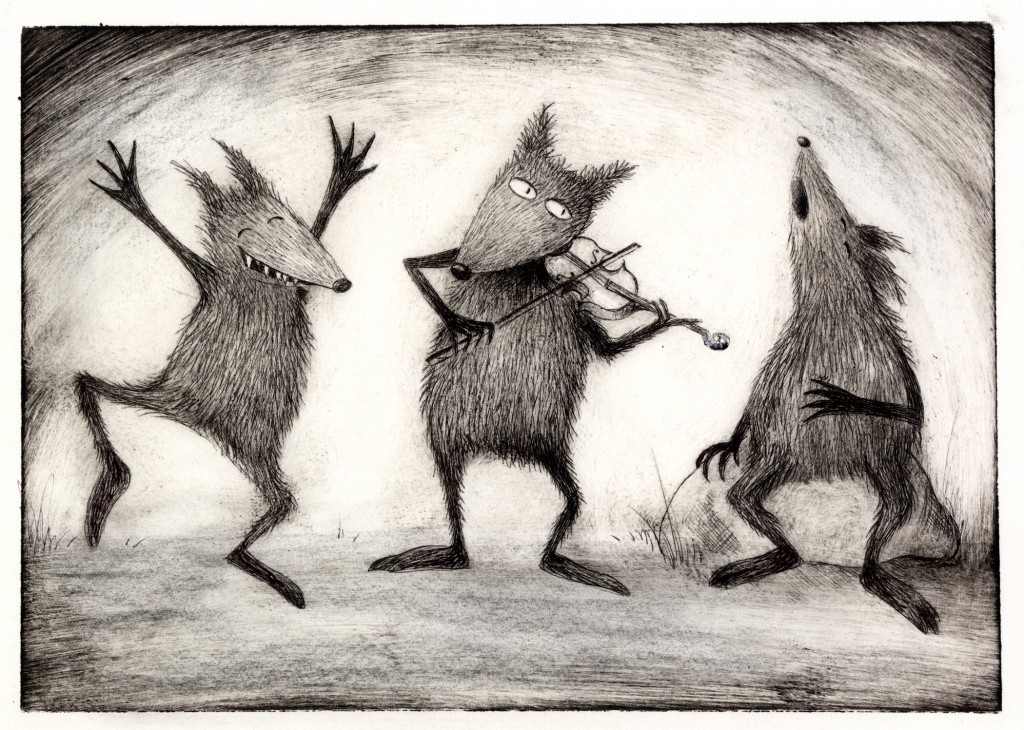 The Story So Far collates Rachel’s folio of dry point etchings, showing a mix of old and new works created over the last nine years.

Rachel’s work is mostly character-based with many of the sparks of inspiration coming from people she meets and stories she hears. She seeks to capture a moment in time with the intent of evoking a larger untold story in the viewer’s mind.

Rachel finds that the technique of dry point etching allows her just the right balance of spontaneity and control for her style of working, and she loves to capture the spontaneous nature of ink over the etched image. 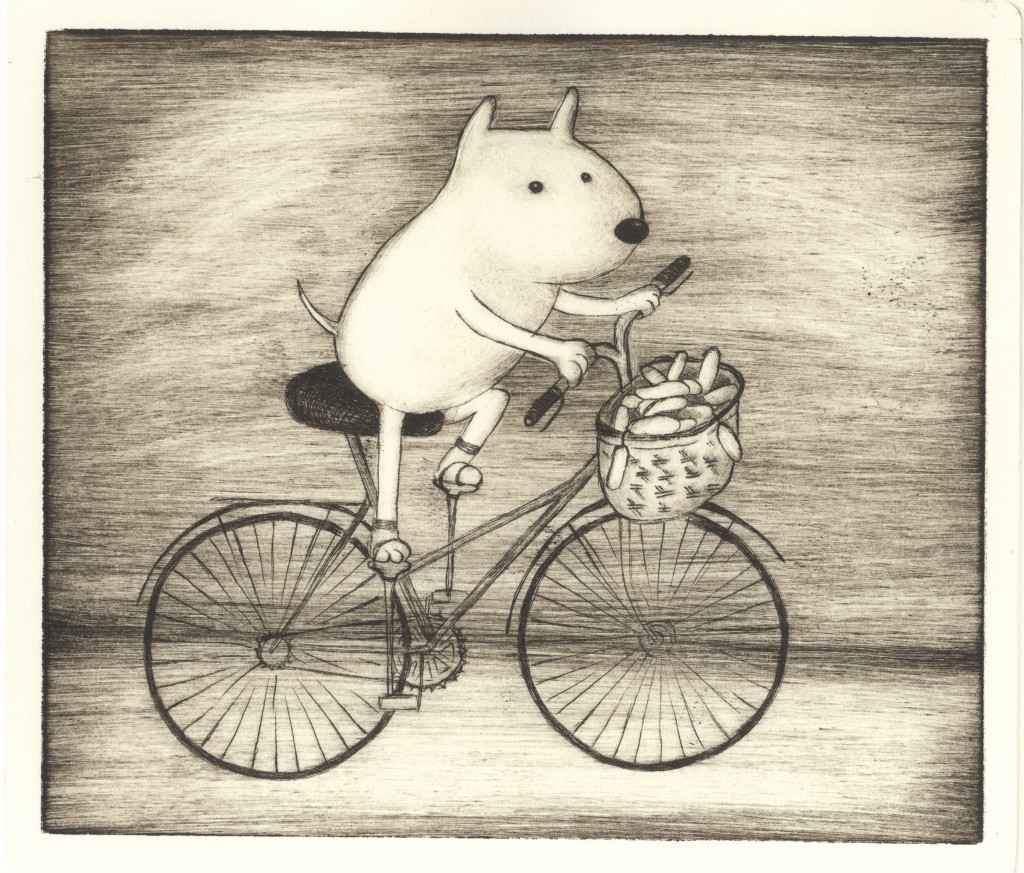 Rachel studied Visual Arts at the Edinburgh College of Art, where she chose to specialise in animation. She graduated in 1999 and went on to work on a number of short animation film productions that featured at world-wide festivals, with air time on the BBC and Channel Four.

She also worked on numerous film projects with children that went on to win various awards including the Engage Scotland Visual Arts Education Award for Improving Mental Health and Well-being. 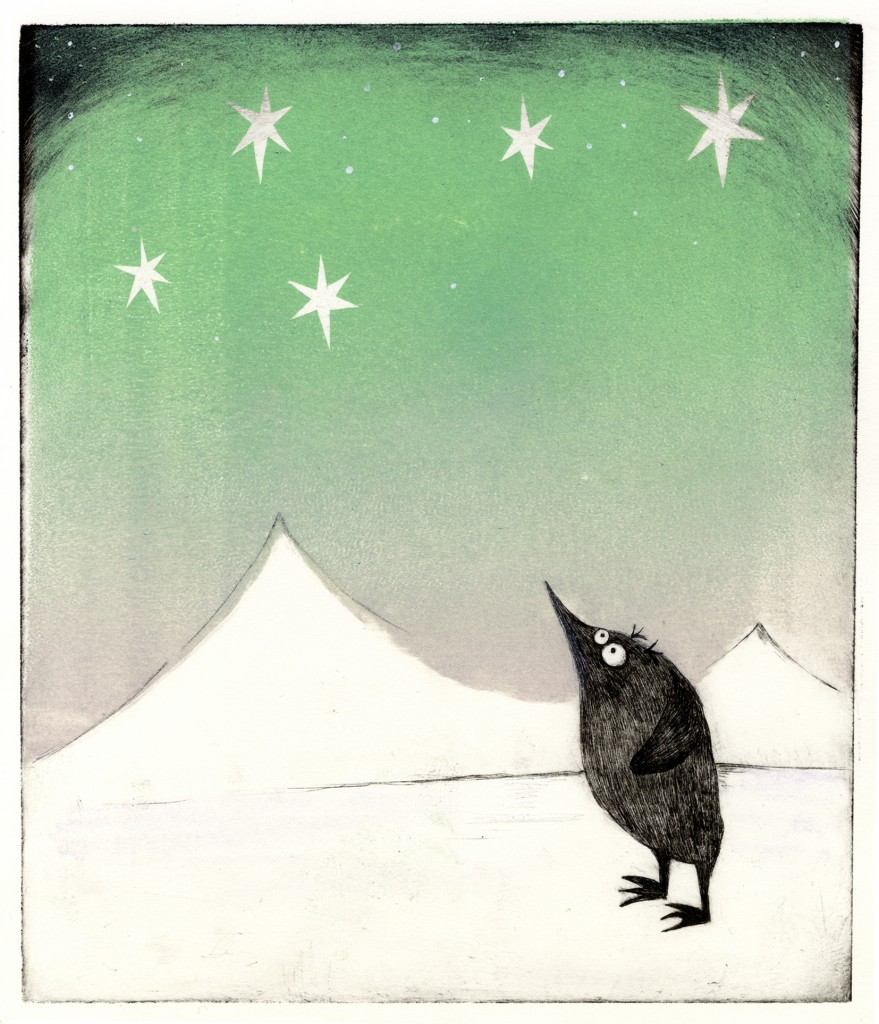 In 2007 she completed an animation filmmaking residency at the Highland Print Studio in Inverness and her work began to focus more on printmaking.

She currently works from her studio in Leith where she is working towards creating a picture book for children. She also continues to keep close ties with the Edinburgh College of Art, tutoring part-time in the Animation department.